FOR IMMEDIATE RELEASE: Our Revolution Chico endorses David Hildebrand for US Senate

We are proud to announce that our steering committee has endorsed David Hildebrand in his bid to replace Dianne Feinstein in the June 5th election!

The way a candidate runs their campaign is usually a good indication of the type of representative they will be if elected. Candidates often ignore the north state. Our area does not represent “enough votes” at a mere 7% of California’s population. Some candidates don’t consider the Northstate worth a trip or they pass by for a photo op.

But David Hildebrand has already visited the Northstate 7 times as a part of his campaign.

David Hildebrand is truly one of us and more importantly, he is with us on the issues and in our district. David understands the challenges we face in the north state and shows up -- and when elected he will continue to do just that. He is running a people-powered campaign for the middle class. 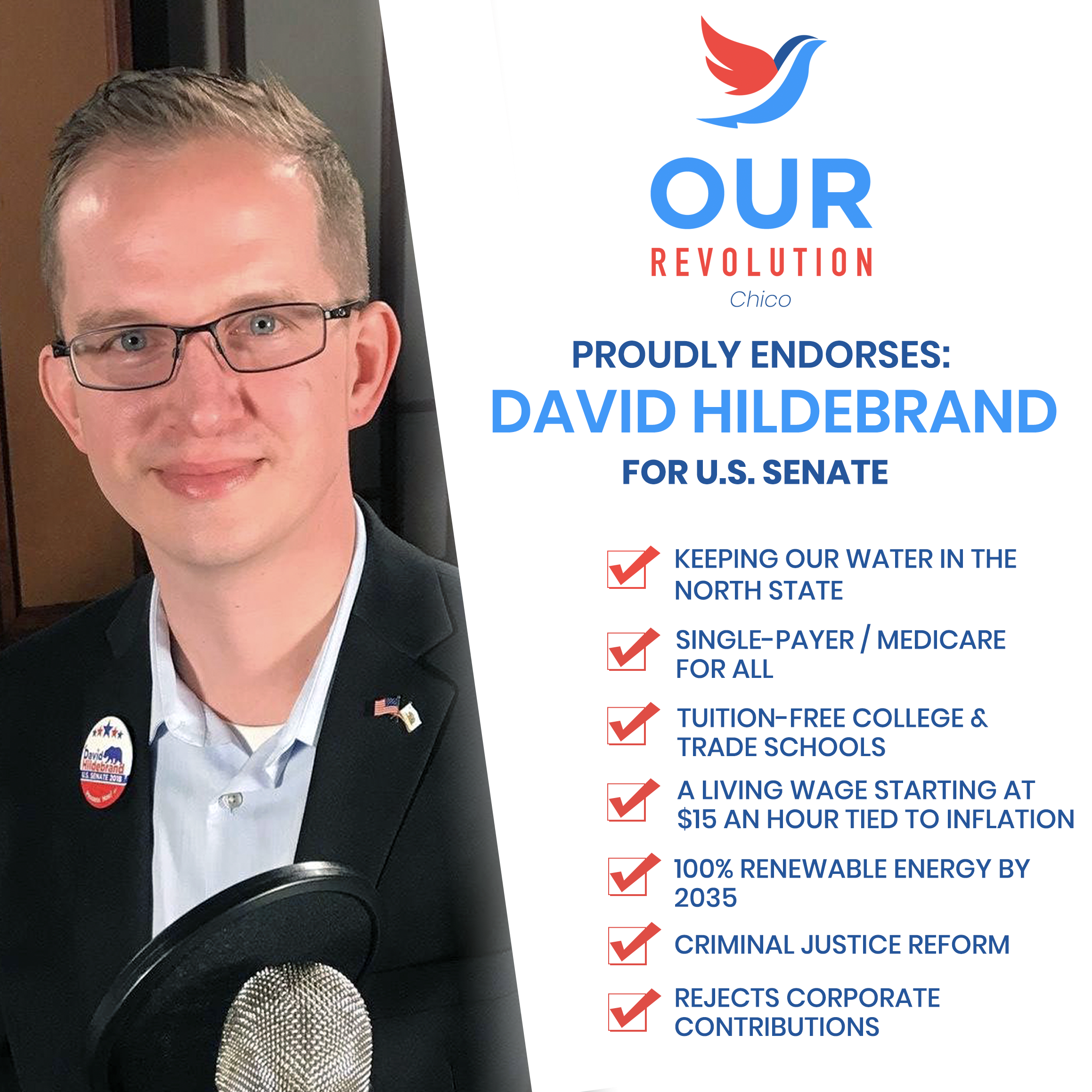 Our Revolution Chico was impressed by some of the ideas David expressed at our recent People’s Town Hall.

--David suggested a $15 base minimum wage, adjusted based on the Cost of Living in a particular area.  David takes it a step further by also tying this wage to the inflation that will inevitably occur when wages rise.

--David believes that water should not be politicized and indicated that population centers have the technology to reclaim and reuse their water resources, creating regional self-sufficiency.

--As a millennial, David recognizes the importance of mitigating climate change, immediately.

--David has been a fierce defender of Single-payer healthcare and will defend Social Security.

--You can read his stances on the issues on DavidForCalifornia.com

David will defend California against a Congress and Administration determined to cut the social, economic, and environmental programs that American workers rely on. Once elected, he will work to ensure that the government is turned back over to the people, not corporations.

David has worked as a Legislative Analyst for the State of California and lives in Sacramento, with his partner Rachelanne, and their two dogs, Clyde and Aurora.

P.S. David is coming to Chico on March 20th! Details can be found here.